I was speaking to a lady this week who’s recently won a disability discrimination case against her ex employer.

The employer, despite having in-house legal counsel, made many, many mistakes.

One of which was to NOT carry out a proper investigation of a grievance.

Patricia had raised a grievance against her line manager, Paul, alleging disability discrimination and details of what he had done.

The Head of in-house legal investigated this to his satisfaction by:

I wish I was exaggerating, but I’m not.

These were on the documents presented in court, for the record, to three judges.

Needless to say, the three judges were unanimous in deciding in favour of Patricia.

If you’re investigating a discrimination grievance, you need to get an objective new pair of eyes and ears involved to ask the right questions, so you can avoid a claim for damages of half a million pounds!

If you would like help with investigations, grievances or disciplinaries, please give a call on 01491 598 600. We are very effective at playing devil’s advocate! 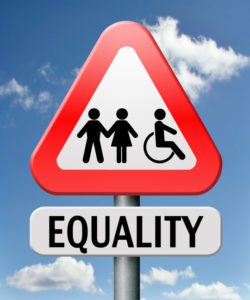