I was at a networking meeting the other day, and – as you do – I ended up speaking to a business owner and trying to explain the point of HR to him.

I say “trying”, because that is what he was being – trying!

His attitude can be summed up in one simple sentence:

No one can be “stopped” from firing staff, but they can be fined (and fined significantly) at tribunal.

When I proffered this answer, his response was predictable:

(Just to be clear, he will NEVER become a client of ours)

Unfortunately for him, and other business owners with this attitude, the Government is pretty wise to this way of thinking, and they’ve got a scheme in place to prevent the thinking leading to action.

At the beginning of this year, a ‘naming and shaming’ scheme was introduced by the Department for Business, Energy and Industrial Strategy, which encourages employers to pay tribunal awards promptly.

Should you fail to pay what the tribunal decides within a “reasonable” amount of time (a grey area that is expensive to define in court), you’ll be publicly identified, just like the underpayment of the national minimum wage.

Results will be published quarterly, on the internet.

So, when suppliers, lenders and potential employees Google your name, those results will come up.

Which may lead to fewer credit approvals and fewer job applicants in the future.

In addition, there’s also a more severe tribunal penalty scheme which was introduced in April 2016.

It allows an additional penalty of up to 50% of the original tribunal award amount be imposed on the employer where they have not paid the original debt.

In our opinion it is fine to fight a tribunal claim, but once you’ve lost, admit it and move on.

Don’t make it your life’s work to annoy ex-employees. 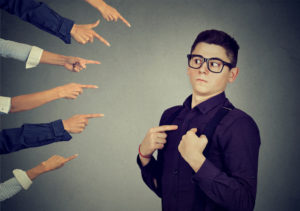