What can I do if my employee is posting unsuitable content on social media?

There are usually two aspects to posts on social media. One is them talking about confidential Company matters that they shouldn’t be, and the other is showing that they really aren’t sick when they said they were!

What if you think they are not actually sick?

Managing sickness absence is rarely a straightforward task and dealing with someone that you suspect is not genuinely ill has always been at the trickier end of the scale.

The situation is not helped by the fact that employees who are off work on sickness absence don’t have to hole themselves up in their home and not go outside. While it is frustrating, it is important to move with caution and not make any knee-jerk decisions regarding how you will deal with the issue upon their return to work.

If an employee tells you that they cannot come into work because they have broken their ankle, and then you see them on Facebook dancing on both feet without crutches in a night club, you will probably be right in doubting the truth of their sickness.

The same goes for an employee who claims they have a contagious illness. You would assume that they therefore cannot be in the presence of other people, but are then seen on Instagram hugging people at a party!

In both cases you need to follow your disciplinary procedures. Falsifying sickness absence is theft (they are being paid sick pay when they aren’t sick) as well as lying, and should be handled as misconduct, potentially gross misconduct.

Don’t however leap into action whilst they are still on sick leave, particularly if it is short term absence. Wait until they are back at work. Call them into an informal meeting (no notice necessary), show them your evidence, and ask them to provide an explanation. It is important to carry out an investigation, as you would for any other alleged misconduct – something that is not always understood.

Depending on what they say, you should then proceed with a formal disciplinary hearing. Follow a fair procedure, however cut and dried the evidence appears.

What if they are bringing the Company into disrepute?

We have had two recent instances of this.

One was the Head Greenkeeper tweeting out that the Club was trying to change the greenkeeping team’s contracts unfairly. He tweeted this out to all Club members at 4pm on a Friday afternoon, and said that the team would not be looking after the greens at the weekend as a consequence. He then went radio silent until 5pm on the Saturday, despite the Club Manager ringing, emailing, texting, and even going to his house. This was a very clear case of gross misconduct, made even more frustrating because we weren’t trying to change the contracts at all!

The other one was a Manager who tweeted that the Company was trying to get him out. Whether it was true or not, it stated clearly on his profile who he worked for, and he had a confidentiality clause in his contract, so again, a clear case of gross misconduct and breach of contract.

Even if you consider it gross misconduct, you still have to follow the disciplinary process of investigation and then disciplinary meeting. You can’t just sack them on the spot.

Key to the whole process is to have print outs of any social media sites where there were posts. For example, if evidence from social media is presented to you, perhaps via another employee, you can use it in the same way as you would any other witness statements or employee tip off.

But the credibility of the evidence retrieved from social media does need to be tested in the usual way – for example – did the tip-off come from an employee with a grudge to bear? Has the information been taken out of context and are the dates of posting accurate?

Social media posts are deemed to be in the public domain, even if the account settings are private. Particularly in the case of suspecting falsification of sickness absence, and in all recent cases I have seen, interference with the “right to privacy” can usually be justified.

It is also worth considering that the photos that were taken and uploaded to social media were not taken recently. This is what many of my friends do so that the burglars don’t realise they are on holiday – they upload all the holiday pics once they are back home.  So don’t jump to conclusions, give them a chance to put their case across!

Managing difficult employees will never be easy, but the rise of social media and people’s seemingly unquenchable enthusiasm for sharing their lives this way has brought with it a useful source of evidence for employers.

Used correctly, it may prove the previously unprovable and may encourage employees to think twice before phoning in with that Monday morning “stomach bug”! 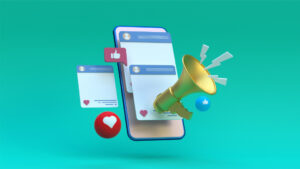