You might think that once you’ve got a box of Christmas decorations, you’re done – the same collection can come out and go on the tree each and every year.

But that’s not how I operate – despite developing a reputation for Grinchiness, I do rather love the festive season, which is why I’ve been busy this week, buying more decorations.

And not just any decorations – some beautiful pieces from Taitu; an Italian company and my favourite craft company.

They’ve “discovered” email marketing this year, which means I’ve been getting missives from them several times a week with new products.

One of those emails featured a truly beautiful heart shaped decoration that I just had to have, so – after managing to navigate the website with only a cursory knowledge of Italian, I put the item in my basket and headed to the checkout.

And that’s when my first roadblock presented itself – it turned out that to get free P&P in the EU I needed to spend €40.

Not much of a roadblock to be honest – it wasn’t exactly arduous for me to put some more items in my basket and get myself over the amount.

However, when I clicked through to Paypal, I was faced with a €49 postage charge – now I love decorations, but not that much!

So I sent them an email, wondering what I was doing wrong.

Give them their due; they did not say “Are you stupid?” in Italian or English.

They just sent through a list of countries where they offered free P&P.

A list of countries in the EU. And guess what, the UK was not on it.

BECAUSE WE LEFT THE EU LAST JANUARY!

What we are in now is the transition period.

And the Italian suppliers are more ahead of the postal game than I was.

Now, I knew there would be changes leaving the EU, but it had never occurred to me that postal charges would be one of them, given that we are in still the same geographic location, and there are no armed bandits controlling our roads.

It appears to be the same as it was, but the rules of the game are different, and you need to play by them.

It’s exactly the same in the world of employment law.

Yes, the business landscape appears to be the same as it was 20 years ago, but the rules of the game are different. 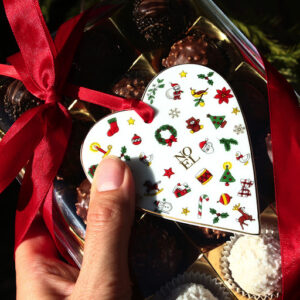