As you’d expect, we read about tribunal cases all the time.

And occasionally, as last week, I feel I have no choice but to share with you the idiocy of the employer involved, in the hope that you won’t make the same mistakes.

This week is no different, and this time it’s the NHS in the firing line.

As this case went all the way to a tribunal, we know exactly what was said.

A job applicant had been refused a job because they would, “Not fit with the team”.

Plus, they were told by the manager, Dr Lee, that he, “Would feel uncomfortable asking you to do things given you have an 11-year-old child”.

Dr Lee also said that the applicant, “Had so much more to give compared to other applicants”, but that it was “better to employ someone at an earlier stage of their career as they would then progress to develop their career over a longer period elsewhere in the NHS”.

Wow! So effectively, Dr Lee was saying, “You’re great but we are going to hire someone younger”!

So far, so good, as regards a standard discrimination case.

But now reconfigure your mental picture of the situation:

I’m not at all surprised that he won his case against our beloved, misguided NHS, securing £7,600 plus his legal costs paid.

The NHS trust will have paid their own legal costs as well, which will not be lower than £15,000.

This is why we strongly advise our clients on what to say, how to phrase it and how NOT to end up in tribunal.

We don’t want you to go to tribunal because if it is actually decided by a judge, all the evidence is a matter of public record, which is why I know who said what.

Imagine someone doing an internet search on your name or your Company’s name and finding this. Do you think that they would be eager to meet you?!

And when you add into the bargain the huge mental toll that a tribunal takes, and it really is a highly unpalatable option. 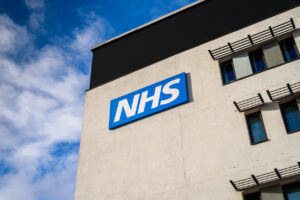