I got an email from a business coach the other day, and halfway through it, I felt like I’d been slapped.

In the middle of a perfectly acceptable rant about poor service, the rant segued into saying how no business owner should ever employ a woman of childbearing age, as they “take a year off on maternity leave – again and again”!

Ignoring the gross over-simplification that all women always get pregnant, it was interesting that he thought pregnancy was the biggest thorn in an employer’s side.

We work at the “sharp end” with staff issues, and I can tell you straight away that it’s absolutely nonsense.

In fact, the reality is that 95% of the staff issues we deal with are to do with men over the age of 30.

Very occasionally we have had a “tricky” pregnancy situation to resolve.  (By occasionally, I mean two in the last 14 years):


One was a lady who thought her company sick pay was going to go on forever, so took extreme amounts of non-pregnancy related sick leave.

The other was a lady who did go off on maternity leave and get pregnant again before she came back to work.

In that case it was annoying but as the maternity cover was brilliant, it wasn’t actually a problem.

Not according to this coach, who claimed that the real cost of maternity leave is “crippling” to small businesses and that the government need to “revisit the rules”.

We work with 115 small businesses and I can honestly say that none of them are crippled by maternity leave costs.

In fact, if your business ends up being crippled by maternity leave, you’re being negligent.

You can claim back all the maternity leave you pay out at 103% if you are a small business, meaning that the government actually rewards you for being the conduit.

I would suggest that the costs of maternity leave are nothing compared to the cost of recruiting a sales person via an agency (thousands in fees) only for them to not deliver.

Or a greenkeeper on £30k who is refusing to work with his colleague because “he’s poisoning me”.

Or an employee who goes off long term sick, on full pay for 3 months, for “stress at work” because their new boss is not hanging on their every word.

Sure, you’ll need to find a replacement if one of your staff members go on maternity, but you usually get about 6 months’ notice to do so (unlike sick leave or resignation).

Sure, you have to pay them holiday, but surely that’s a given as an employer?

Plus, these are the ‘rules of the game’.  If you can’t keep to them, then maybe it’s better to find a game you’ll be better at? 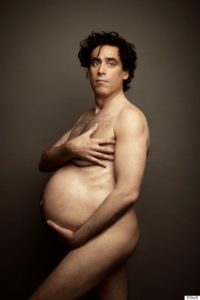