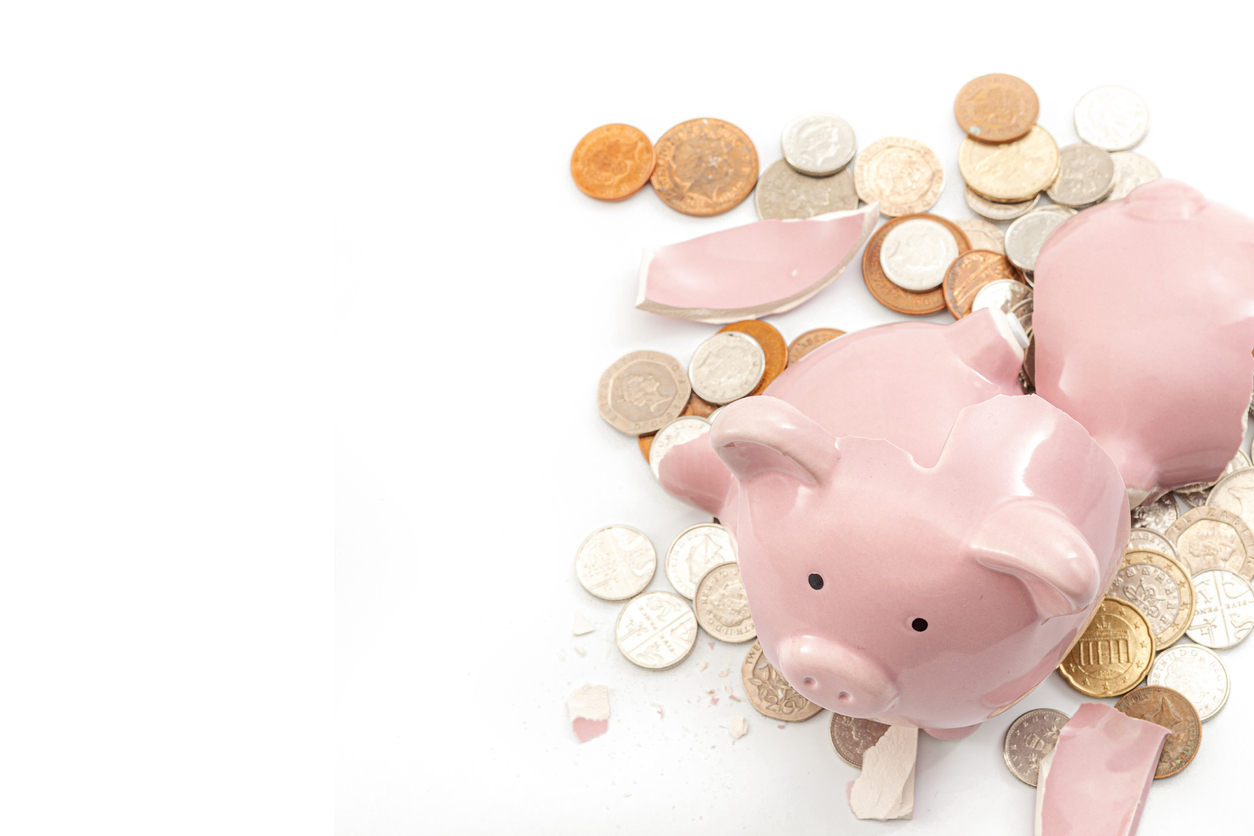 If you’re reading this post, you’re probably thinking: What should I include in a settlement agreement?

It’s a good question, and it’s one we’re going to answer in good detail – but first, let’s start with the basics.

A settlement agreement is where an employee gives up their right to take legal action against an employer after they leave. Usually, it’s agreed as part of a payment when an employee leaves their role, often as part of a redundancy.

After everything is agreed on the employee’s exit, they will not be able to bring a case to an employment tribunal for unfair, constructive or wrongful dismissal.

It’s an important agreement for a lot of reasons, which is why it’s super important that you include everything to cover yourself AND your employee – to avoid any legal action further down the line.

END_OF_DOCUMENT_TOKEN_TO_BE_REPLACED 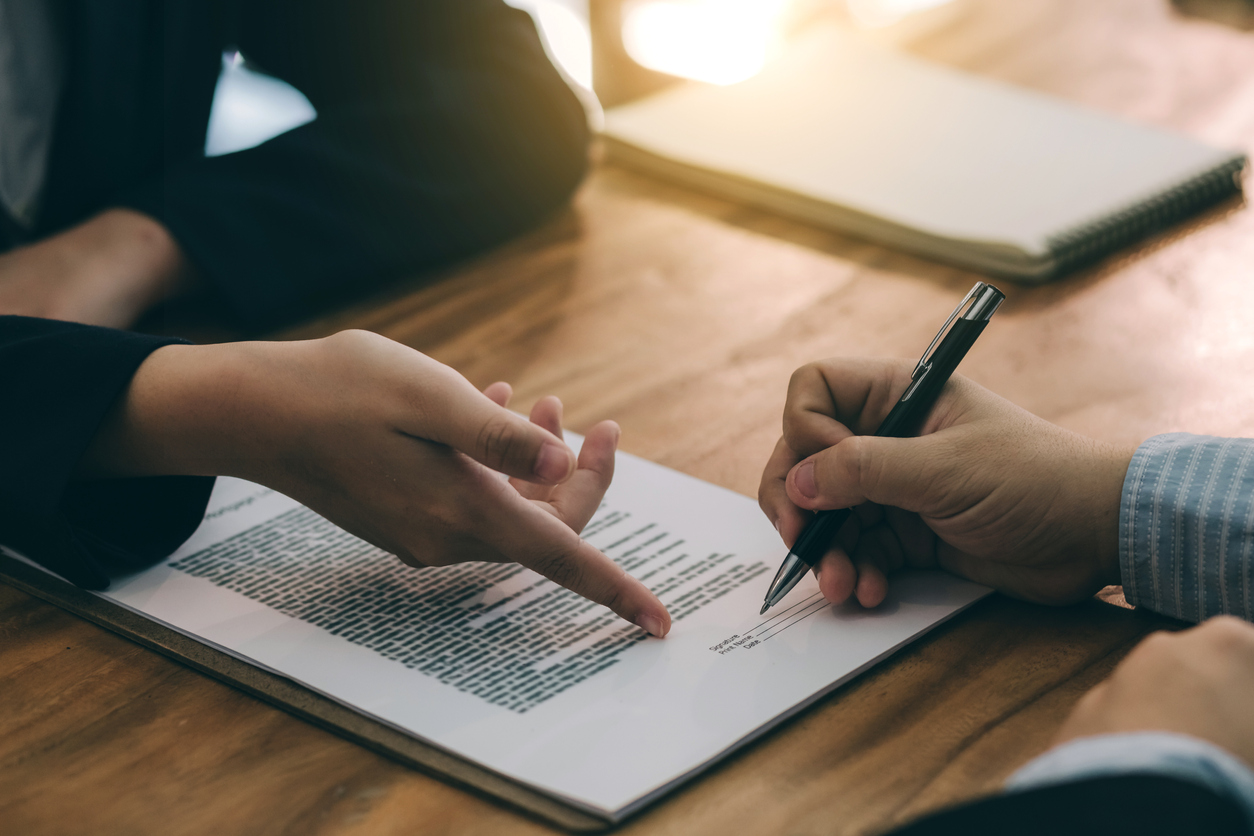 And you also might want to know what your next steps could be to try and solve your current problem.

END_OF_DOCUMENT_TOKEN_TO_BE_REPLACED 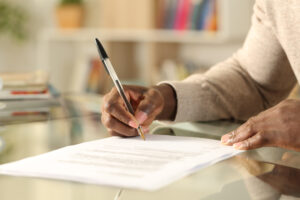 It is difficult sometimes to get rid of an employee. The law requires you go through a process that sometimes can be very lengthy. There is a quicker way to do this: settlement agreements.

A settlement agreement is the name of an agreement that can be a very neat and tidy, albeit sometimes expensive way to part company with an employee. It is an agreement where you give the ex-employee money, and they agree not to sue you.

You can use a settlement agreement at any time in the employment relationship, whether there is already a dispute (disciplinary, grievance) or not (they are just not suitable for the role, but you know they will kick off if you try to dismiss them).

Why would I need a settlement agreement?

The aim of a settlement agreement is to part company quickly whilst you take away the employee’s ability to sue you at employment tribunal, for almost anything related to their employment.

For them to give up this right, you have to give them money. The settlement agreement sets out clearly what monies they will get, and what rights to sue you they have given up. END_OF_DOCUMENT_TOKEN_TO_BE_REPLACED

We’ve had a rash of settlement agreements to draw up recently.

Usually we’re asked to do these because the business doesn’t want to go through a lengthy redundancy process before possibly parting company.

However, the struggle is usually getting the business to understand that they are not just paying the employee their notice to go.

They have to pay them more than that (sometimes much more) as they’re actually paying them for giving up their right to sue the business.

And you have to pay tax and NI on notice periods, even under a settlement agreement.

This only works as a ballpark figure if we are talking about unfair dismissal – if it’s discrimination, then you really need to be willing to offer at least one year’s pay.

END_OF_DOCUMENT_TOKEN_TO_BE_REPLACED

As you might expect, we’re very busy at the moment.

Clearly, we’re heavily involved in several restructuring projects, but we’re also dealing with long-term sickness absences and a few – believe it or not – disciplinary processes.

One of our key roles in all people management issues is to ensure our clients follow all the correct processes, and if they do, they give themselves the very best chance of being protected.

But by making sure a fair and reasonable process is followed, we minimise the danger of an ambulance chaser solicitor seeing pound signs when they hear what has been going on.

In 95% of the processes we carry out, just following the correct process and guidelines is enough to make sure that there is no Early Conciliation or tribunal claim.

But for the other 5% we have an ace up our sleeve – settlement agreements.

What is a “settlement agreement”?

END_OF_DOCUMENT_TOKEN_TO_BE_REPLACED

We had a call from a company the other day who’d received an Early Conciliation claim for their apprentice.

They’d spoken to ACAS, who’d told them they had no choice but to pay it, but – not really happy with that advice – they’d turned to us for help.

Unfortunately for them, we had to agree with ACAS.

The apprentice was on a normal employment contract, so in normal circumstances they could have just given him notice and that would have been that.

But here’s the problem – they’d fired him because his parents insisted on him only working the hours he was supposed to.

He’d been given the option to sign a piece of paper saying that he would work over 48 hours, but decided against signing it.

The owner of the company decided that he couldn’t cope with someone working less than 48 hours a week, every week, so he fired him.

This is one of only four areas that come under automatic unfair dismissal.

And no, you don’t need to have been working somewhere for two years to be protected.