Which is mildly terrifying, not just because it only feels like yesterday, he was starting school, but because it means he’s now the proud owner of a provisional driving licence.

We’re currently in the process of arranging driving lessons, as well as looking for a car for him to practise in, with me peeking through my fingers in the passenger seat.

Luckily (for me), he’s a pretty prudent saver, which means he’s got the money to buy one, so since Easter, he’s been on the hunt for the perfect first car.

His main criteria?  Big screen to “manage” the car and Bluetooth.

Mine?  Good safety rating and reliable.

He’s spent endless hours scrolling on AutoTrader, sometimes coming up with genuine, sensible suggestions, and other times asking about Cadillacs.

In the end though, we settled on a model – the Hyundai i10 – and he found a good value one.

Only snag?  It was in Peterborough.

If a car is round the corner, you don’t mind popping in to look at it, but when it’s over two hours away, you’ve got to be pretty sure it’s worth the journey.

So that’s what we were looking for – enough proof that the trip was worth it – and unfortunately, we didn’t find it.

The AutoTrader reviews weren’t bad – over 200 of them with an average of 4.2 stars.

But when I dug into the reviews in a little more detail, things began unravelling.

All the good reviews were about the sales process, but dragging the average down were the myriad bad reviews about the after-sales process – issues with cars, poor customer service, the list goes on.

That was the end of the road for that dealer, and in the end, we found a very similarly priced i10 much closer.

They had far fewer reviews, but it was the content of those reviews that swung it for us – they all focused on the after-sales process and the reliability of the cars – exactly what we (me) were looking for.

This raises an important question: hopefully you’re clued up about the importance of reviews, but what do those reviews say?

Do they play to your strengths, answer objections and give people a genuine idea of why they should choose you? 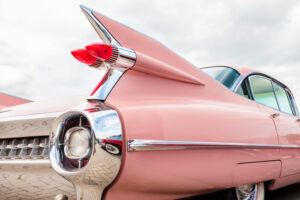