One of our clients averted disaster recently, with just one push of a button.

They’d received a grievance letter from an employee about one of their colleagues making rude and nasty comments about them.

We held the grievance meeting, and the employee gave plenty of detail, and provided witnesses, making it a pretty cut and dried case.

So, we then invited the colleague in for a disciplinary meeting.

She came alone (no companion), and sat down with us, the business owner and his PA.

We briefed the client on what to say and he seemed to understand it – from our perspective, the meeting went exactly as it needed to.

Which is why we were rather surprised to learn that the subject of the disciplinary (the employee accused of being rude and nasty) raised her own grievance, claiming that he’d started shouting at her during the meeting, and bullying her because she was female, older and “wanted to get rid” of her.

Red flag – the mention of age and sex immediately made us worry as a discrimination claim can mean an unlimited award at tribunal against the employer.

Thankfully it didn’t come to that – our client had followed our advice and recorded the meeting.

We listened back to every single word of the 10-minute meeting.

No raised voices.  No bullying. No bad or intimidating words. Done by the book.

We sent the employee the recording, together with a transcript, rejecting her claims, and asking her to show where she felt that he had been shouting at her.

“He just was”, came her response, together with a resignation letter with immediate effect.

No Early Conciliation claim, despite her accusations because she knew we had a recording.

A recording.  Not notes, not minutes, where it could be alleged that bits had been left out, but an irrefutable record of exactly what happened.

If you are having any type of formal meeting with an employee, record the meeting and let them record as well. It can stop a tribunal claim in its tracks, and it also makes everyone in the meeting behave properly when they know that others will be listening to what they said! 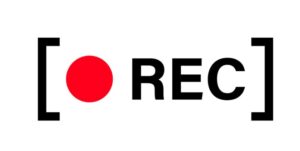