One of our clients recently had a troublesome greenkeeper.

As each week ticked by, new troubles presented themselves – absences, poor performances, you name it, it happened.

And, because we were advising them, they went through the proper disciplinary process, and the greenkeeper ended up on a final written warning.

Then came the final straw: a shouting and swearing match with his boss, in front of the whole clubhouse.

By anyone’s book, that’s gross misconduct, but a less grievous offence would still be grounds for termination – once someone has an active final warning, anything they do after that would incur even a first written warning, it’s grounds for dismissal. 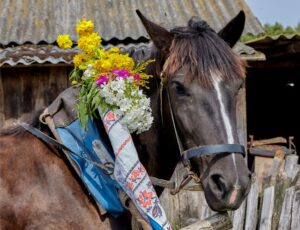 Yes, you do need to go through a process, but it’s very straightforward, and it seemed like the best way forward in this situation.

We began an investigation, making it clear to the employee how serious this was, and started preparing for a disciplinary meeting.

Then, plot twist, the employee resigned with immediate effect, before we could invite him to the meeting.

Result!  Desired impact, no need for a meeting.

As it turns out, the club manager didn’t think so, telling us that he was going to reject the resignation in no uncertain terms.

He wanted to fire the employee – the infamous ‘I dumped you first’ conversation.

Two things wrong with this:

But if you fire an employee, they have all manner of rights that they can potentially sue you for.

So, if you find yourself in a similar situation, remember what your overall aim is: get rid of the troublesome employee, legally if possible!

A resignation with immediate effect (no notice to pay) is really a gift horse and you should accept it with both hands and throw a (metaphorical) party!

Don’t always try to have the last word in employment law, it is almost never worth it.