One of my Clubs contacted me about a greenkeeper, over 2 years’ service, who they felt was ill too often. I, of course, asked for the number of days they had been off and the reasons. It turns out it was 4 days in 6 months, all mid-week, for what seemed like genuine reasons.

So, we decided to compare it to the rest of the greenkeeping team. That was when we had a shock.

Even worse – they had been ill with flu every year in June for the past 3 years!

They had a nice little scam where they got an extra week’s holiday at full pay every year, in the summer!

Once we realised, we changed the sickness absence procedure in the handbook to say that all absence had to have a GPs note to qualify for full sick pay.

Guess what? The next year, no-one had flu in June!

Make sure you have accurate sickness records on all your staff so that you can identify patterns such as the “flu!” 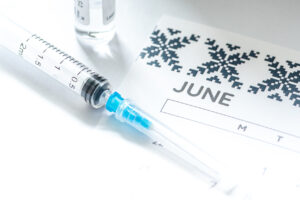