Your employees, however well you get on with them, are there to earn money.

So many small business owners make the mistake of treating employees like family or buddies.

This is all well and good when things are going smoothly.

But what happens when a downturn in business means you have to make someone redundant?

I’ve seen it, and they react especially badly. They turn up to work to pay the bills.

When that has gone, any friendship you built is immediately in jeopardy.

They may instead feel moved to sue, and the business could fold. It happens; don’t assume you’re immune to it.

And this week, we had an added refinement on this theme:

Don’t assume they appreciate the same things you do.

We were starting a redundancy process and one of the employees suddenly resigned, claiming constructive dismissal. And raising a sexual harassment case.

Turns out her boss had been sending shocking images to her and his male friends, all in the same WhatsApp group.

She described them in very clear detail – almost too much detail!

He’d thought that they were friends, that they shared the same tastes, and she had never objected before.

But now that he was trying to fire her, to remove her ability to pay the bills, she went for the jugular.

So, beware of getting too matey, and do NOT send anything by any messaging service to any employee that you would not want your grandmother or mother to see! 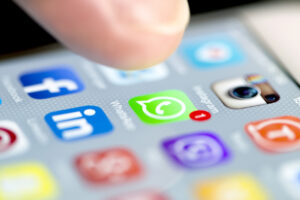