Opinder Liddar is the Co-Director of LAPD Architects, a team of Chartered Architects who are based near Oxford. Mr Liddar and his team work on architectural projects across the UK, and were awarded the Build It Awards, Self Build Architect Award for 2014. Such an accolade doesn’t come without having a first class staff behind it, so Mr Liddar can’t afford to have any dead wood in his team. Many people are unsure how to act when bringing employees to task, but with Gap HR on board you can be sure that everything you are doing is fair, legal and right.

“It’s great because we’ve got someone who is on the ball, who understands the legislation, and they can tell us what we should do.” 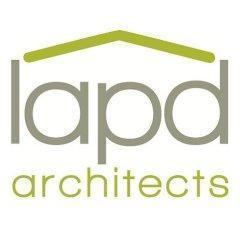 “We were members of the federation of small businesses. They had a legal advice line but it wasn’t very specific, so we’d go to that probably if we needed anything, or deal with it ourselves.”
“Our previously experiences were just hard, because you are forever walking on eggshells, so we took the decision just to get an expert in and deal with it.”

“I’ve known Carolyne for a while now, my wife met her at a networking event. We got in touch to see what she could offer. I wanted someone on hand who could deal effectively with HR issues. Also she was able to offer a formalised review process as well, where she would sit in with you. “
“She formulates them so they are typed up, and it has a structure to it so you can make accurate records and it becomes a proper process again. And it is a process now, instead of us just fretting about it. Carolyne’s very good. It’s much better her doing that and typing it all up rather than us!”

“We did have a member of staff who wasn’t performing properly. She helped us to help him arrange a structure around that. This meant that he had the opportunity to either respond or move on.”

“We knew we were following the right steps so we weren’t scared about employment tribunals because we had followed Carolyne’s advice and taken the right action.”