I almost can’t believe I’m typing this, but I was at Warwick University at the weekend, looking around it with my daughter Frances.

Honestly, the idea that she’s nearly at university age is slightly terrifying, but I’m doing my best to put that to the back of my mind.

Unlike lots of us, Frances is super clear about what she wants to do – she’s hoping to study mechanical engineering with automotive.

And Warwick looks a fine place to study it.

The campus is lovely, but what really blew us away was their engineering department and their commitment to equality.

They’ve already secured the Bronze Swan award which means that 30% of the students in Engineering are women, and one of people showing us around told us that they were close to the Silver Award (40%), and wouldn’t be happy until they get to Gold (50%).

The best other university we found with female to male ratio was Bath, with 17%, so I asked one of the Engineering ambassadors at Warwick what they do to get the ratios so high.

What’s clear is that it’s not accidental.

Now some of their success will have come from the fact that once you have females on the course, and you promote them to new applicants, you will attract other females as well.

But they have been really active trying to get the message out to girls, and their parents, that engineering could be a career for them.

This is in sharp contrast to Loughborough who said that there wasn’t anything they could do to attract more females, with the immortal words:
“we can’t influence who applies”!

Which is like a lot of business owners. If the phone isn’t ringing or the shop door isn’t opening, many will say:

“What can I do? They buy on the internet. I can’t persuade them to come in here, they either will or they won’t.”

Nothing could be further from the truth.

There are always things business owners can do to attract their target market.

The “rules of business” may have changed, but that doesn’t mean that there is nothing you can do.

The CD/Record shop in Wallingford went out of business (now a Costa) and in his interview for the local paper he said, “Everyone buys on the internet, I can’t compete”.

Now, I’m not denying that consumer habits evolve, but having been in his shop, he wasn’t even trying.

No innovation, just the same old layout which used to work but now doesn’t.

And it didn’t help him giving a staff member a telling off in front of all the customers. I wasn’t hurrying back there.

So, if your business rules have changed, look at how you could change the way you attract your target market.

Don’t just let it happen to you.

Be a Warwick, not a Loughborough! 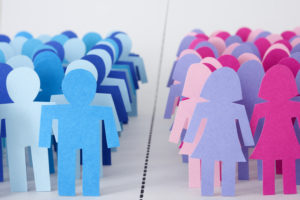