Most of us have a non-compete and confidentiality clause in the contract reminding employees that the data they work with is confidential and not to be taken outside of the company (if you don’t, give me a call!).

However, if you do have an ex-employee who you discover has taken your client data to a rival company or to set up on their own behalf, then an effective way to deal with it – especially with the GDPR (General Data Protection Regulation 2018) now in place – is to report the breach to the Information Commissioner’s Office (ICO), who will enforce the regulations.

You could try a civil prosecution against them, but that will cost a lot in legal fees and you would have to prove a loss. Much better to leave it to the ICO.

It is important to note that it’s completely irrelevant how personal data is removed from your control – exactly the same principles would have been applied if the data had been downloaded to a USB flash drive or physically photocopied.

In our handbooks we have “sending company information to a private email address” as gross misconduct. So you could dismiss them for this breach of confidentiality as well as reporting them to the ICO.

Where you reasonably suspect that an individual has removed confidential information on leaving your employment, and this includes third parties’ personal data, you might be able to obtain some leverage over them by threatening to report the matter to the ICO.

We can send them a letter threatening to contact the ICO. 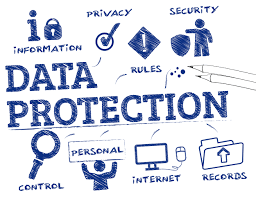 A fine from the ICO can potentially be unlimited, and the penalties under GDPR are much worse than they were before.

However, whilst the deterrent effect of reporting an employee to the ICO may well be limited, most people certainly won’t want to risk having a criminal record as well as the bad publicity it will attract.

Be aware however, that if there is a data breach, you, as the employer, will need to prove that you have trained staff on data protection and that they were aware of their personal legal obligations.

Having a clause in the contract will NOT be enough to prove that you were not negligent in keeping data safe.