We had a call from a company the other day who’d received an Early Conciliation claim for their apprentice.

They’d spoken to ACAS, who’d told them they had no choice but to pay it, but – not really happy with that advice – they’d turned to us for help.

Unfortunately for them, we had to agree with ACAS.

The apprentice was on a normal employment contract, so in normal circumstances they could have just given him notice and that would have been that.

But here’s the problem – they’d fired him because his parents insisted on him only working the hours he was supposed to.

He’d been given the option to sign a piece of paper saying that he would work over 48 hours, but decided against signing it.

The owner of the company decided that he couldn’t cope with someone working less than 48 hours a week, every week, so he fired him.

This is one of only four areas that come under automatic unfair dismissal.

And no, you don’t need to have been working somewhere for two years to be protected.

You will be in trouble if you fire an employee:

There is no legal defence to automatic unfair dismissal and – as usual – ignorance does not count.

You are also not able to ask an employee to waive their entitlement to protection against automatic unfair dismissal, as the rights are protected by statute.

Even if you give them money, any waiver will be void and unenforceable.

(Settlement agreements are about giving them money not to sue you, not about them waiving their statutory rights.)

Any successful claims against you will be made up of a basic award (up to £15,570) and a compensatory award (up to £86,444). These amounts change every year in April.

If you have someone working over 48 hours a week on a regular basis, and they have not signed a working time opt out (in the contract is void), then please give me a call so we can discuss the situation. 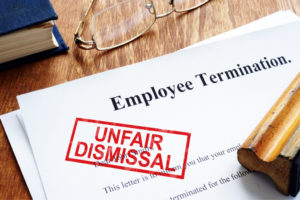